Tertiary education institutions play an important role in training future cultural practitioners,artists, curators, policy-makers, and leaders to work in the field of intangible cultural heritage (ICH). Currently, the teaching of ICH is highly dispersed throughout different disciplines (heritage studies, anthropology, music, architecture, literature, et cetera). However, academic programmes centred on ICH remain at the margins of the academe. At the 12th Session of the
Intergovernmental Committee for the Safeguarding of the Intangible Cultural Heritage held in Jeju, Republic of Korea in December 2017, a roundtable discussion on the integration of ICH in university programmes emphasised the need to show to young people how their connection to ICH manifests in the everydayness of their lives and how they can play a key role in ICH transmission. In the context of developing countries, the discussion heard the need to show a strong link between ICH and development. Though these needs are timeless, persistent across geographies, there are continuous efforts that track the achievement of these needs in integrating ICH into higher education. Significantly, the discussion pointed out a fundamental area in this agenda: the lack of cooperation and networking among universities, research institutes, and degree-conferring colleges.

All over the world, UNESCO and its partners have carried out initiatives to strengthen the cooperation and networking among higher education institutions, with a view to maximize their potentials in contributing to the safeguarding of the intangible cultural heritage. In Latin America, the UNESCO Office in Montevideo held a regional meeting on cooperation mechanisms in integrating ICH into higher education in 2017, which was participated by 40 representatives from 36 universities based in 9 countries across the region. The meeting promoted exchange and reflection on ICH and higher education, focusing on tertiary-level cultural management programmes.

Meanwhile, to ensure the possibility of cooperation and networking amongst relevant higher education institutions in the Asia-Pacific region, ICHCAP and UNESCO Bangkok Office coorganised the First Meeting for Asia-Pacific Tertiary Education Network for ICH Safeguarding in July 2018, in which 19 universities and educational institutions from 11 countries arrived at a consensus to establish a higher education network for ICH safeguarding. Later that year, the siaPacific Education Network for Safeguarding Intangible Cultural Heritage (APHEN-ICH) was officially formed, beginning with 15 member institutions. These orchestrated efforts stemmed out from a survey co-conducted by ICHCAP and UNESCO Bangkok Office in 2017, which reaffirmed the interest of higher education institutions to work together to advance their teaching, research, and community services mandates in the fields of intangible cultural heritage and its
safeguarding.

A similar direction was journeyed in Europe when the European Network on Cultural Management and Policy (ENCATC) carried out an extensive mapping of higher education programmes throughout the continent, identifying a total of 146 programmes at all levels containing ICH subjects. This 2017 UNESCO-ENCATC project dubbed as “Learning on intangible heritage: building teachers’ capacity for a sustainable future” pushed recommendations for the further insertion of ICH in higher education curricula, which have to do with sharing terminologies and rationales, envisaging the needs of the job market, sharing knowledge and practices, as well as cross-disciplinary pollination and cross-assessment of relevant policies.

In 2018, UNESCO also commissioned a survey (SAU-ICH Survey) on ICH in African universities.Conducted for over two months, the survey found that only one academic programme solely focused on ICH was offered in an African country (Zambia since 2019) while multiple programmes related to ICH were available across the region. The survey etched out the necessity for national and international cooperation in the agenda of bringing ICH in higher education, with most of its recommendations anchored on the long-term benefits of having a network with an online platform to further promote and build capacity around the safeguarding of ICH in Africa.

It is crucial to take note that these germinal efforts around the world collectively call for an amplified cooperation and networking among higher education institutions for ICH safeguarding. This is chiefly because the ways in which ICH is integrated in university programs is not a singleinstitution problem, but importantly a transnational issue reaching a global scale as ICH found anywhere in the world belongs to the entire humanity. It was evidenced that the sharing of experiences and lessons learned, across the national borders and across the regions, can contribute to strengthening the practices at the individual institutional level. However, building a higher education network and an effective cooperation mechanism are complex tasks situated within diverse contexts which may pose technical difficulties and resource deficiency. For example, the exponential growth of the use of new technologies has had great implications to how people experience heritage and consequently engender new modalities of connectivity. In the case of younger generations, their first experience of cultural heritage is often through a digital surrogate that shapes their understanding (Economou, 2015: 215). The changing configurations of communication and the creation of electronic data-driven emergent publics at high speed indubitably direct us to questions of building higher education networks for ICH safeguarding as a form of stable gathering positioned within societal evolutions such as cosmopolitanism, urbanisation, as well as the authority of political ideologies over various forms of agenda-driven assemblages.

The third session of the ICH Webinar Series attempts to have a deeper engagement with ideas of building cooperation and networking among higher education institutions for ICH safeguarding. Primarily, this session aims to examine the state of networking activities in different regions around the world, how networks were formed, how they operate and contribute to research and teaching about ICH, its safeguarding and transmission. Furthermore, the session looks into what
it means for teachers, researchers, and students to be in such kind of network, and how the network can help to advance their intellectual inquiry and exchanges, and community service, amongst others. Finally, the session intends to address questions of expandability of networks, with emphasis on the possibility of inter-regional cooperation through linkages among higher education institutions, national/international/regional competent bodies, and other relevant groups.

The third session of the Webinar Series is guided by the following questions:

ADRIANA MOLANO ARENAS is the Director-General of the Regional Centre for the Safeguarding of the Intangible Cultural Heritage of Latin America (CRESPIAL). She is an anthropologist who specialised in Cultural Policies and Arts Management, with work experience in the elaboration and implementation of the participatory public policies on cultural issues. She has also led projects to strengthen the social fabric from the heritage perspective in the framework of
sustainable development with Afro-descendants, indigenous, and peasant communities. At the international level, Director-General Adriana Molano Arenas was the Coordinator of the Intangible Cultural Heritage Section at the Ministry of Culture of Colombia, from 2008 to 2015. She has also developed consultancies for UNESCO and is a specialist in UNESCO’s Global Strategy to strengthen the national capacities for the safeguarding of the ICH in Latin America and the
Caribbean. 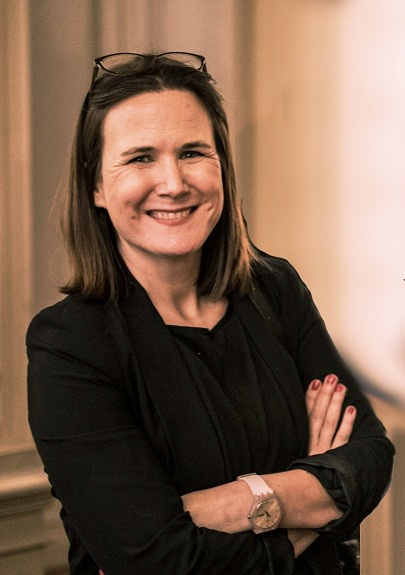 MARIA FRICK has 15 years of experience as a consultant for international cooperation agencies for development in Latin America and the Carribean. She is a doctoral candidate in History of Art and holds a Bachelor in Political Science and Master in Latin American Studies with specialisation in theory of communication design. Currently, she works in the Culture Programme of the UNESCO Montevideo Regional Science Office for Latin America and the Carribean and the MultiCountry Office for Argentina, Paraguay, and Uruguay 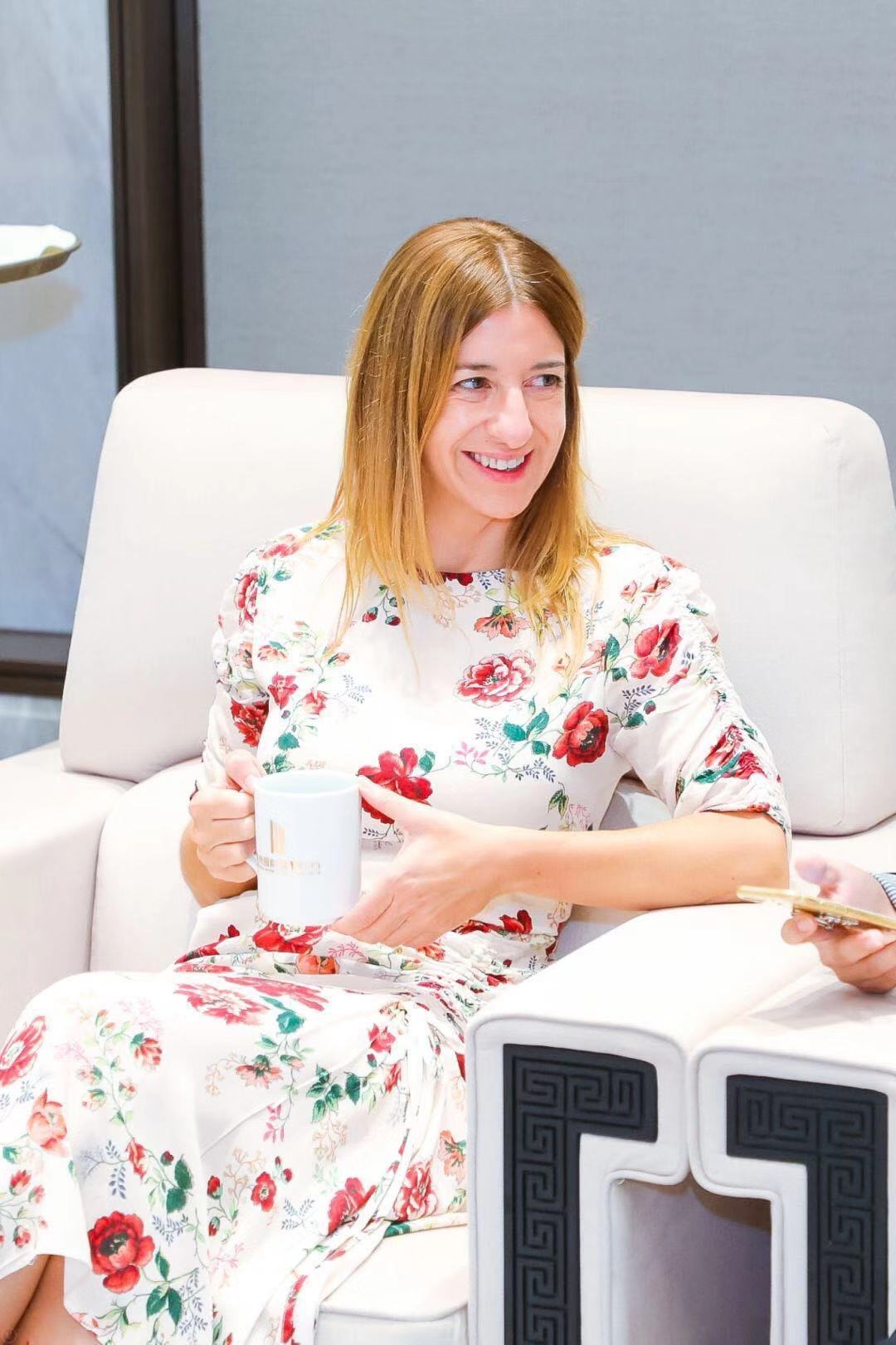 CRISTINA ORTEGA NUERE works as the Chief Scientific and Operating Officer of the World Leisure Organization since January 2016. She combines her principal professional activity with teaching at the Universitat Oberta de Catalunya, and as an invited professor in different universities such as the University of Zhejiang, China. Doctor in Leisure and Human Development, she holds a Master degree in Leisure Management – specialized in Cultural Management and Policies, graduated from the Faculty of Arts and Philosophy from the University of Deusto, Spain, and completed her studies in London, at Middlesex and Westminster University. She has combined her academic activity as researcher and professor for over two decades at the University of Deusto –over 50 research projects, dozens of publications and editor-in-chief of several scientific journals– with other institutional responsibilities. She was for 4 years the President of ENCATC, the leading European Network of Cultural Management and Policy, and the Chair of ENCATC’s Policy Group Monitors of Culture, made up of over 40 cultural observatories worldwide. She is a specialist in the evaluation of cultural projects and became a Jury Member of the European Capitals of Culture. In the Basque Country, she has been a member of the Basque Council of Culture and an Expert Evaluator of the Basque Cultural Observatory for 10 years. She usually participates as a speaker in international scientific conferences worldwide and she is the author of the reference book Observatorios Culturales. Creación de Mapas de Infraestructuras y Eventos (Barcelona: Ariel, 2010), where she developed a cultural infrastructures and events utility model that has been applied in different cities and countries. 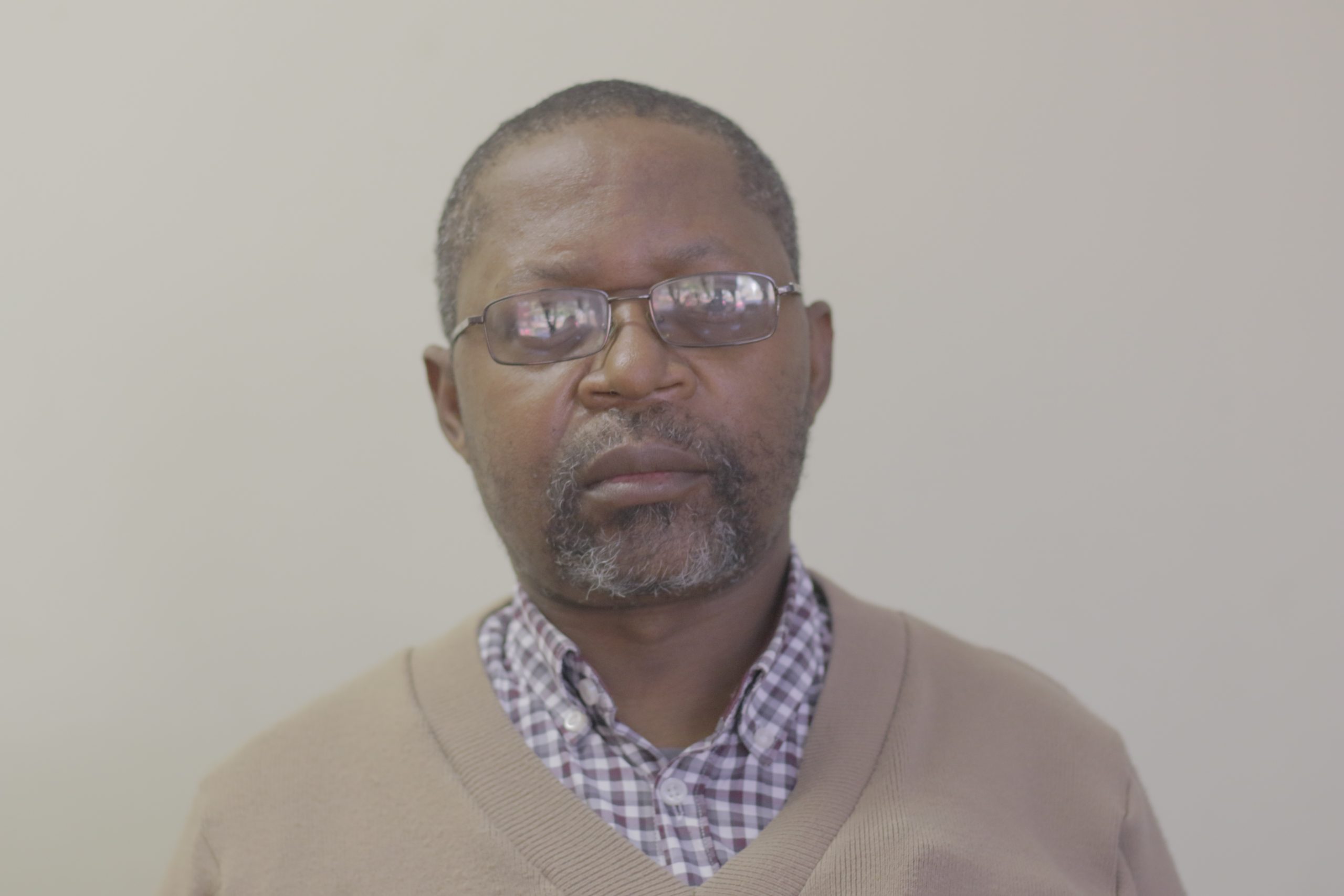 JACOB MAPARA is currently the Acting Director of the Institute of Lifelong Learning and Development Studies of Chinhoyi University of Technology in Zimbabwe, where he is the Chairperson of the Centre for Indigenous Knowledge and Living Heritage. At present, Professor Mapara is leading the “Inventorying oral traditions, expressions, local knowledge, and practices of the Korekore of Hurungwe district in Zimbabwe” project. He holds a DLitt et Phil (PhD) and a
Master’s degree in African Languages from the University of South Africa. He has an Honours degree in Shona (one of the languages of Zimbabwe), as well as a Graduate Certificate in Education from the University of Zimbabwe. In addition, Dr. Mapara holds a Certificate in Environmental Education (now Education for Sustainable Development) from Rhodes University, South Africa. 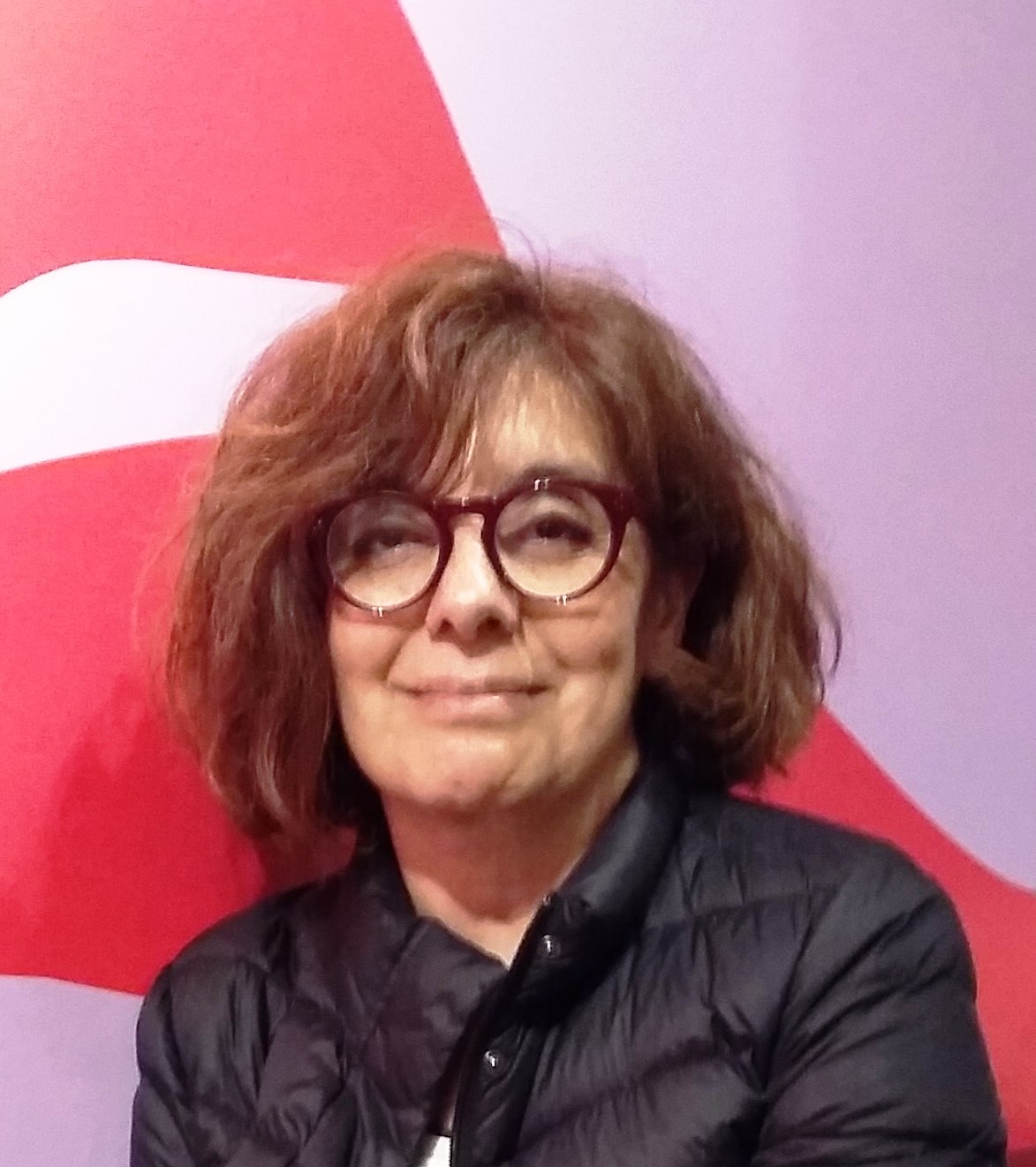 MÓ NICA GUARIGLIOC holds a law degree from the Faculty of Law, University of Buenos Aires. She teaches at the National University of Avellaneda and coordinates the Plural Council of the Network of Academic Cooperation in Intangible Cultural Heritage of Latin America and the Carribean (ReCAPCILAC). She is the project leader of the UNESCO Chair for Cultural Diversity, Creativity, and Cultural Policies, as well as the advisor to the Undersecretary of Cultures of the City of Quilmes, Province of Buenos Aires, Argentina. Formerly, she was the National Director of Cultural Policy and International Cooperation at the Ministry of Culture of Argentina and Director-General of Museums at the Ministry of Culture of the City Government of Buenos Aires. As the representative of Argentina, Professor Guariglio was a member and acted as a focal point of the Intergovernmental Committee of the Convention on the Protection and Promotion of the Diversity of Cultural Expressions in 2005. 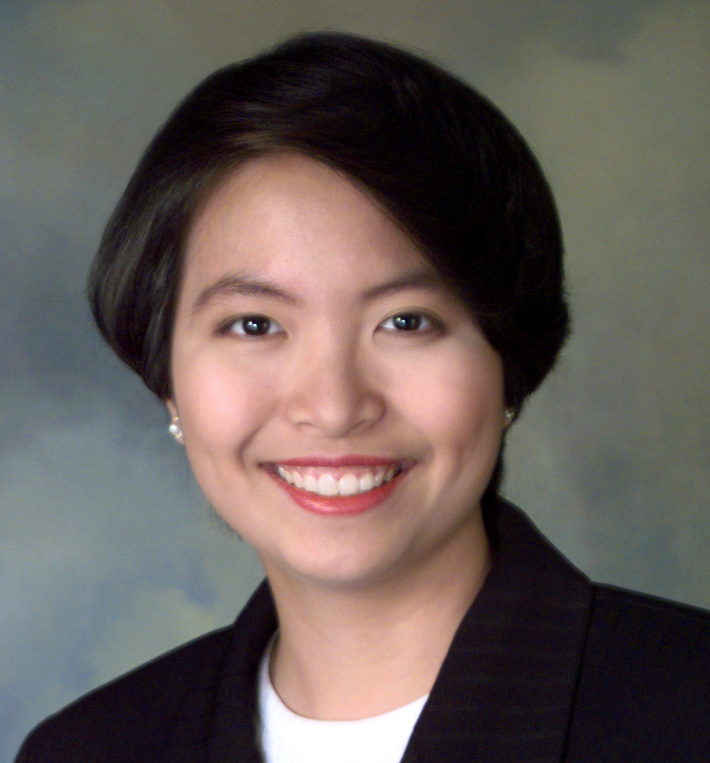 Ms. Injee Kim is a Culture Programme Officer at UNESCO Bangkok. She has managed various UNESCO programmes within the Asia-Pacific region related to the safeguarding and sustainable development of cultural heritage, with a focus on World Heritage. She has developed capacity building programmes such as reviving traditional knowledge for conserving built heritage, sustainable heritage tourism and collections management. She has a BA in Economics and East Asian Studies from Harvard University, MCP and MArch from the University of California, Berkeley in Architecture and in City Planning, and a PhD in Urban Planning from Chulalongkorn University.