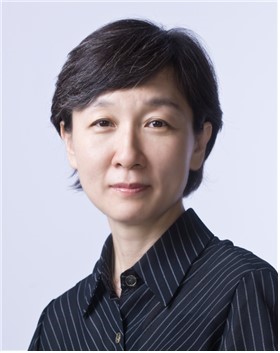 Jae -Suk Chung currently serves as the administrator of the Cultural Heritage Administration of Korea. Prior to this post, she was the Director of the National Contemporary Dane Company. In 2012 she was a cultural reporter on the art team of the editorial Bureau for Joong Ang Ilbo. Other positsions at Joong Ang Ilbo include senior culture report for the editoral bureau and adjunct editor for the cultural desk (Director Daewoo). Furthermore, she has been a reporter for numerous respected news organizations in the Republic of Korea since 1988. 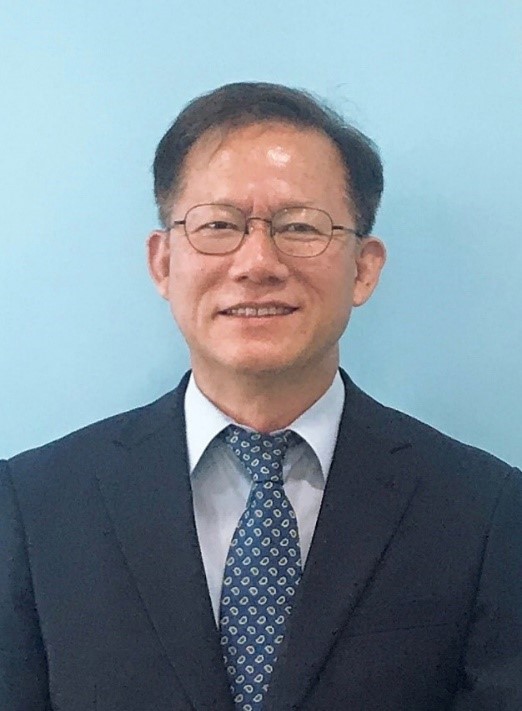 Gi Hyung Keum is the Director-General of ICHCAP, a UNESCO Category II center to safeguard and promote intangible cultural heritage in the Asia-Pacific region. He has had a life-long career government official mainly for the Ministry of Culture, Sports and Tourism as DG of Tourism Policy Bureau, Public Relations Policy Bureau, etc. Served for the 2015 Summer Universiade Organizing Committee as a DG of Sports Bureau. He worked for UNESCO Bangkok as a culture and tourism specialist in Asia and the Pacific regions during 2005-2007. He stayed in Hanoi, Vietnam as Director of the Korean Cultural Center during 2009-2012. Published a series of books in both Korean and Vietnamese languages. Interest in finding practical solutions to abridge digital divides through knowledge sharing and happy to work with people having collaboration spirits beyond boundaries. 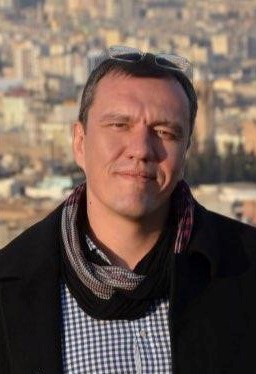 After earning his MA in 1999 from the Al-Faraby Kazakh State University with honors, he continued his studies, getting his PhD in 2010 from the Institute of Archaeology MES Republic of Kazakhstan.

Other work includes being the General Director of the NGO “Archaeological Expertise,” Director of the International Institute for Central Asian Studies, and a Delegate to the World Heritage Committee from the Republic of Kazakhstan (2014-2017).

Secretary-General of the National World Heritage Committee of the Republic of Kazakhstan (2014-2018). Member of the National Commission of the Republic of Kazakhstan for UNESCO and ISESCO (since 2018). He has been a Field director of the more than ten archaeological expeditions. He published seven books, seven albums, over 190 scientific papers, many other important archaeological projects. 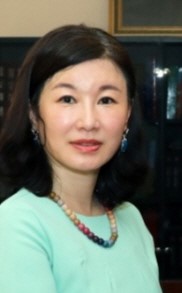 Eunkyung Oh is a professor at Dongduk Women’s University, Director of the Institute for Eurasian Turkic Studies, editor-in-chief of the English-language journal of Turkic Studies, member of the Uzbek Academy of Sciences, honorary member of the Writers’ Union of Azerbaijan, Seoul City Diplomacy Advisory Committee, Seoul City Multicultural Expert Committee, Ministry of Justice Refugee Committee of Korea and ministerial adviser to the Korean President.

She earned a PhD in Turkish Literature and Comparative Literature from Hacettepe National University in Ankara, Turkey (1999). She got a degree of Doctor of Science and professorship in Uzbekistan, Tashkent, the Academy of Scien­ce (2014). 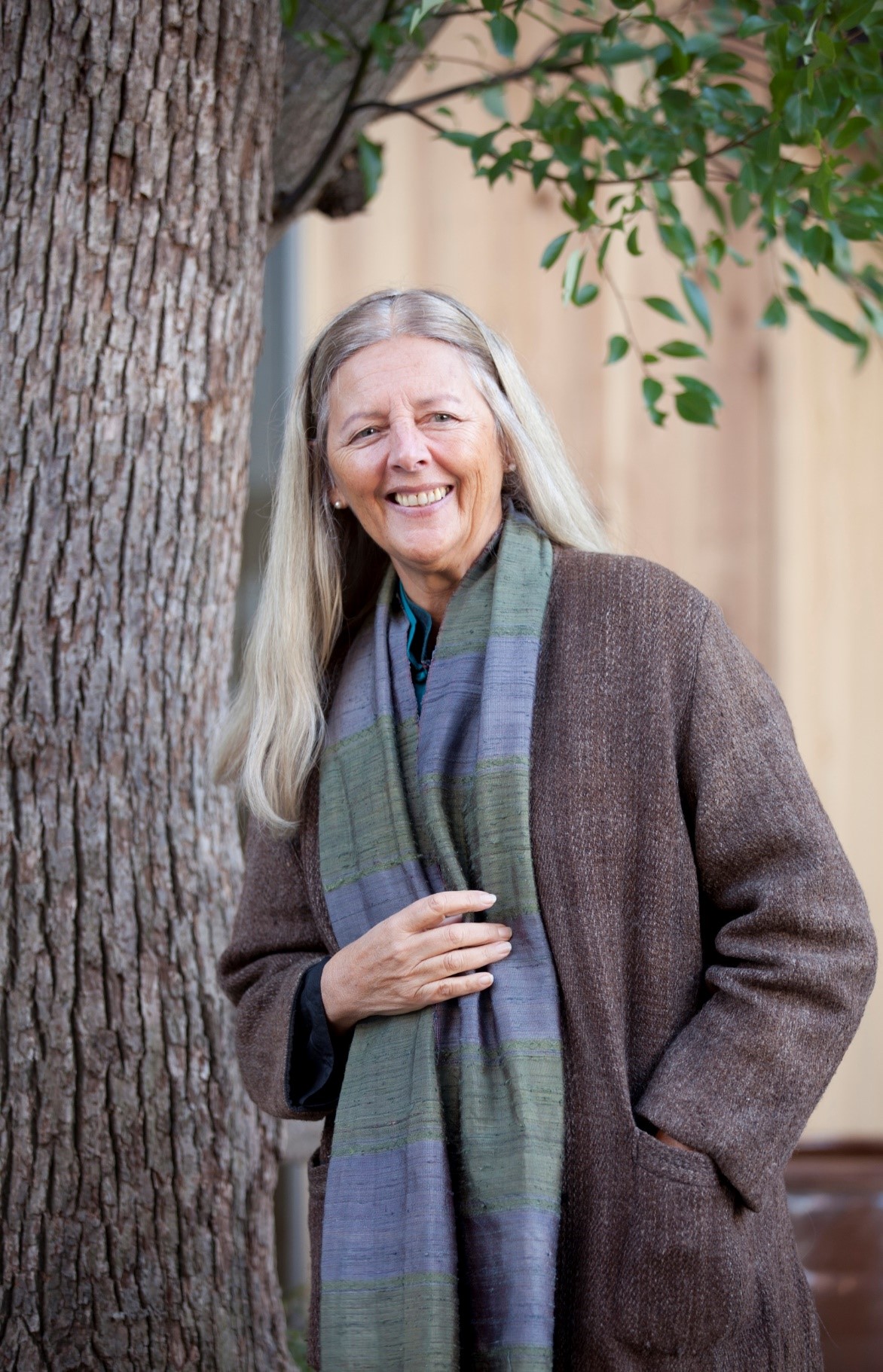 Helena Norberg-Hodge is a pioneer of the new economy movement and recipient of the Alternative Nobel prize, the Arthur Morgan Award and the Goi Peace Prize for contributing to “the revitalization of cultural and biological diversity, and the strengthening of local communities and economies worldwide.” She is the author of the inspirational classic Ancient Futures, and Local is Our Future (2019). She is co-author of Bringing the Food Economy Home and From the Ground Up, and producer of the award-winning documentary The Economics of Happiness. Helena is the founder and Director of Local Futures and The International Alliance for Localisation, and a founding member of the International Commission on the Future of Food and Agriculture, the International Forum on Globalization and the Global Ecovillage Network. 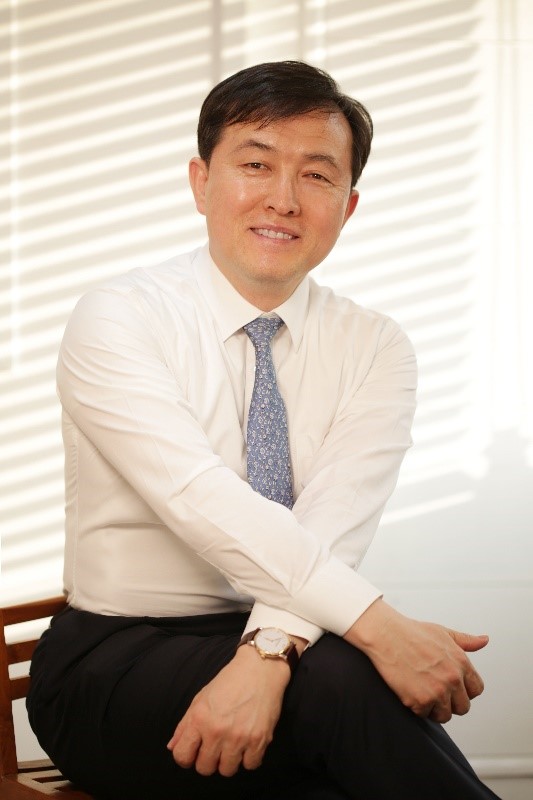 Dr. Seong-Yong Park is currently the Assistant Director-General at ICHCAP, a UNESCO Category 2 Centre in South Korea. He is also the Editor-in-Chief of the ICH Courier, a quarterly magazine in the ICH field. He earned his PhD in Heritage Studies at the University of Queensland and authored On Intangible Heritage Safeguarding Governance: An Asia-Pacific Context, published by Cambridge Scholars Publishing in 2013.

To promote ICH in the region, he has been working to build networks and information structures to safeguard ICH by establishing and operating sub-regional networks in the Asia-Pacific region for more than a decade. He started sub-regional networking of the Asia-Pacific region from the Central Asian Meeting held in Tashkent in 2010 and traveled to many heritage cities across the Silk Roads.

Furthermore, he has recently been exposed to various ICH festivals in Central Asia and facilitated bi-lateral and multi-lateral dialogue for an ICH-based collaborative mechanism along the Silk Roads.

Based on the outcomes of his decade-long contributions in the ICH field, he is now working on generating a Silk Roads ICH network in cooperation with various stakeholders in the Silk Roads area. 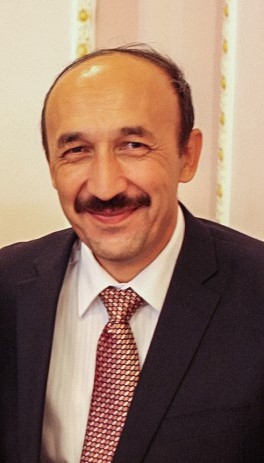 Alisher Ikramov obtained an MA in Mathematics (1986) at the Tashkent State University (now National University of Uzbekistan). He completed UNESCO/IIEP Training Workshop on Education Management, Policy and Planning (1993, Tashkent), Training Course on Management and Marketing at the Italian Institute for International Trade (1993), Training Course on Political Science at the Center for Political and Diplomatic Studies (1994, Leeds, Edinburg, London, Oxford).

He has been PhD researcher in the field of theory of probability, mathematical statistic.s and stochastic processes at the Steklov’s Mathematical Institute in Moscow (1986-1991) and the Institute of Cybernetics in Tashkent (1992-1993). Simultaneously, he lectured at the University of World Economy and Diplomacy (Tashkent), Academy of State and Society Construction (Tashkent) and Tashkent Islamic University focusing on intercultural dialogue and cultural diversity. From 1994 to 2019, he was appointed to the position of the Secretary-General of the National Commission of the Republic of Uzbekistan for UNESCO. 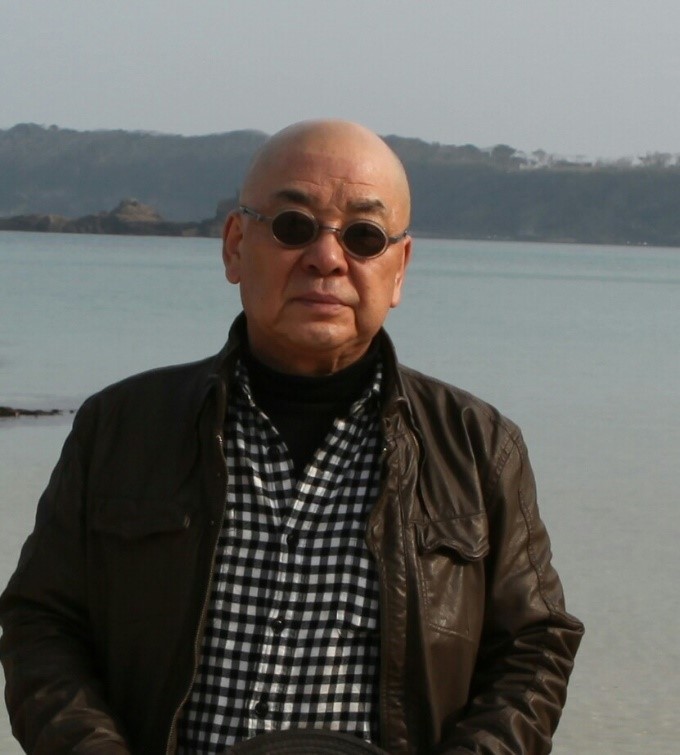 His main career highlights include jointly creating Preventive Art (Vorbeugenskunst in Deutsch), forming an art movement and research group (1994-2014), and co-creating an art movement in 1994 with Prof. Claus Boehmler at Hamburg Art College. He was also a representative of the Korean Institute of Preventive Art and Research Association (1994-2014).

His river project named RRR Project (River to River to River) was planed in 2008. “Water of River Nile” was one of them and carried out in Aswan of Egypt in 2009. RRR Project is to be held. 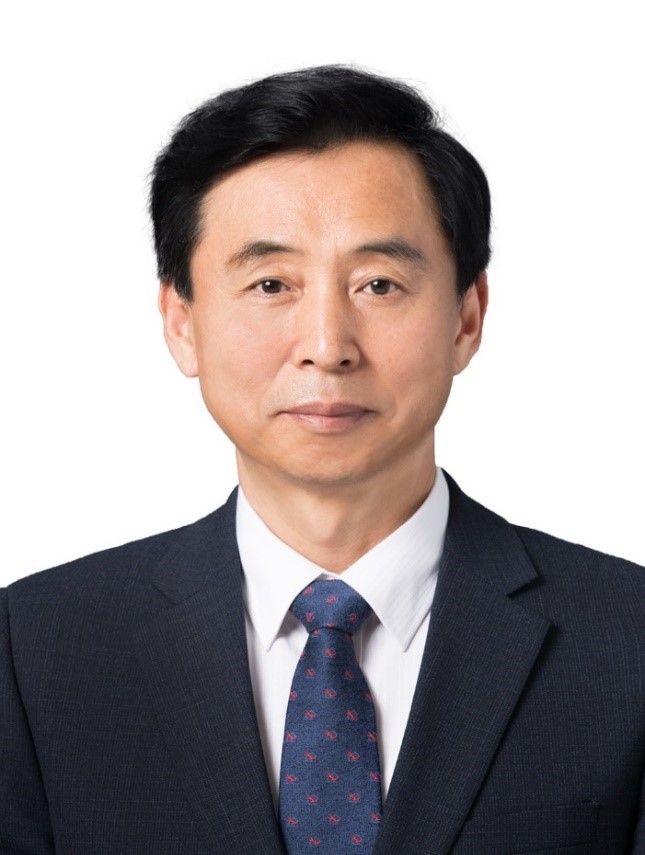 Seong-in Kim is the Executive Director of the Korea-Central Asia Cooperation Forum Secretariat and the Executive Vice President of the Korea Foundation. Mr. Kim gained his Bachelor’s degree in Public Administration at Yonsei University, Korea. He also studied at the Graduate School of Public Administration at Seoul National University, Korea, and earned his master’s degree in International Economics at Vanderbilt University, USA.

After passing the 27th Korean High Civil Service Examination, Mr. Kim devoted himself to serving the Korean public for more than 30 years in the fields of trade, industry, and foreign affairs. In 1985, he started his career as civil servant at the Seoul Metropolitan Government, and since then he has served in various branches of the Korean central government, including the Ministry of Trade and Industry, the Ministry of Finance and Economy, and the Ministry of Foreign Affairs.

Furthermore, he served the United Nations Economic and Social Commission for Asia and the Pacific (UN ESCAP) as Special Advisor to the Executive Secretary, contributing his extensive knowledge in various areas, including trade and Korea’s domestic and foreign affairs. For over two years, he has also served as trade advisor to the Virginia State Government. In addition, Mr. Kim took part in several key diplomatic missions abroad, including as Minister-Counsellor of the Korean Embassy in the Kingdom of Belgium and the Korean Mission to the European Union in 2006, and as Ambassador Extraordinary and Plenipotentiary to the Republic of the Fiji Islands in 2013. His reputation for leadership, expertise in international affairs, and distinguished civil service record earned him the concurrent appointment as Executive Vice President of the Korea Foundation and Executive Director of the Korea-Central Asia Cooperation Forum Secretariat in 2018. 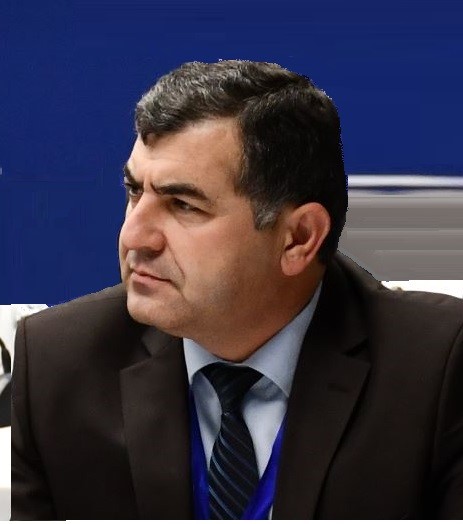 Dilshod Rahimi
Deputy Director of the Research Institute of Culture and Information of the Ministry of Culture of Republic of Tajikistan, Member of the Academic Council of IICAS

Mr. Rahimi earned a PhD degree in the Department of Folklore of the Rudaki Institute of Language and Literature (Dushanbe, 2002) and an MA Degree in Philology from the Tajik National University (Dushanbe, 1999).

He has been the Director Deputy of the Research Institute of Culture and Information of the Ministry of Culture of the Republic of Tajikistan since September 2016. His previous professional experiences include being Head of the Department of Folklore of the Rudaki Institute of Language and Literature (2006-2016) and Associate Professor of the Tajik State Institute of Arts named after M. Tursunzoda (2001-2006). He is Deputy Editor-in-Chief of the scientific journal Payāmnāmai farhang (Herald of Culture) of the Ministry of Culture of Tajikistan, (since 2016-present). He has also been head of the group for updating the National Inventory List of Intangible Cultural Heritage (since 2013). Fellowships: Fulbright Visiting Scholar at Minnesota University (2011), Visiting Scholar at Ohio State University (2006). 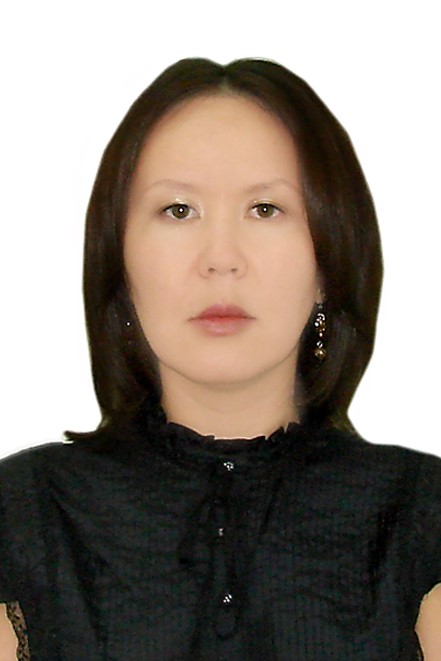 Sabira Soltongeldieva was appointed as Secretary-General of the National Commission of the Kyrgyz Republic for UNESCO in February 2017.

She started her career at the National Commission of the Kyrgyz Republic for UNESCO in 2006 as a Cultural Programme Specialist. The National Commission of the Kyrgyz Republic for UNESCO was established in 1992 and is actively working in education, science, culture, communication, and information to contribute to achieving the Sustainable Development Goals. Currently, the Kyrgyz Republic is a member of the UNESCO Executive Board (2019-2023) and a member of the World Heritage Committee (2017-2021). Moreover, Ms. Sabira Soltongeldieva was a UNESCO facilitator from 2011 to 2017, including a project on “Strengthening National Capacities for Safeguarding Intangible Cultural Heritage in Central Asia” with the financial support of the Norwegian Ministry of Foreign Affairs. Ms. Sabira Soltongeldieva has profound experience in implementing UNESCO culture programmes and project activities. Awards: Honorable Diploma of the President of the Kyrgyz Republic (2020). 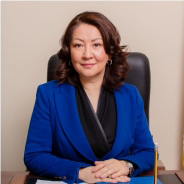 Mrs. Yessenova attended the Russian Academy of National Economy and Public Service under the President of the Russian Federation in the Republic of Kazakhstan, earning an MBA in 2018) and the Institute of Art Education and Culture of the Russian Academy of Education where she earned a PhD in 2015). Before these accomplishments, she attended the Pedagogical Institute of Culture named after Al-Farabi (Shymkent, Kazakhstan, 1995).

She has been in her current post since 2014. She had previously served as Head of the UNESCO Observatory on Intercultural and Creative Education in Central Asia (2009-2017); Vice-President, Kazakhstan National Federation of UNESCO Clubs (2009-2013); President, First Kazakhstan’s UNESCO Club (2005-2017). 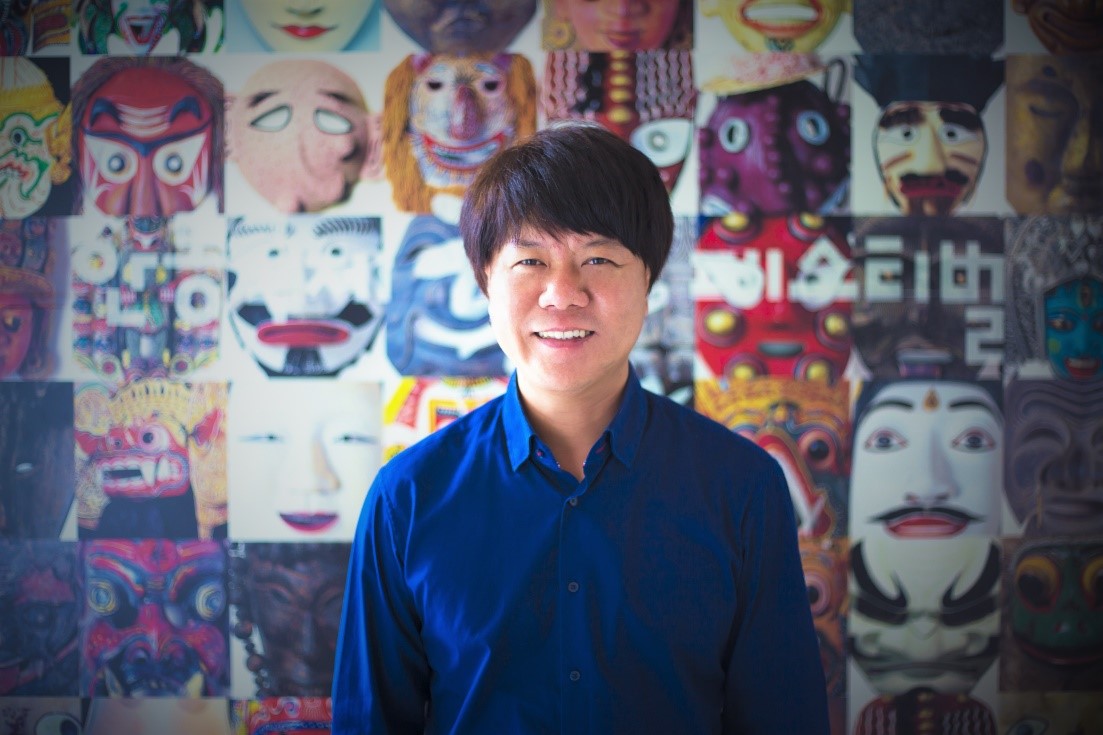 Mr. Kim is in charge of the festival team at the Andong Festival and Tourism Foundation. He plans and directs the annual Andong International Mask Dance Festival, a representative festival in Korea, held in the autumn in HaHoe Village, Andong.

He majored in folklore at university and worked for seven years in the Cultural Contents Team of the International Mask Arts and Culture Organization (IMACO), a UNESCO NGO. From 2002 until now, he has been working as a graduate of National Intangible Cultural Property No. 69 Hahoe Byeolsinguttalnori and has also played a role in transmitting intangible heritage.