Diversity and Distinctiveness: Looking into Shared ICH in the Asia-Pacific 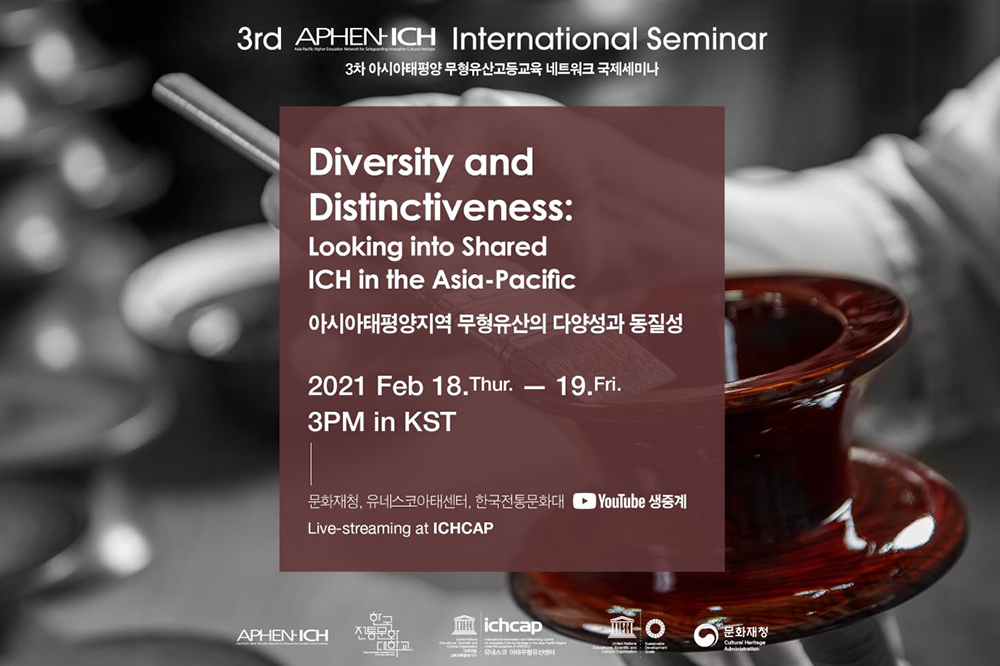 Intangible cultural heritage (ICH) is transnational in nature. It is necessary to spread the perception that ICH transcends geographical spaces and national borders, creating dynamic relations, connectedness, and continuity, which is why it is a timeless bearer of cultural diversity, the foundation of the heritage of humanity. However, as the modern structure of nation-state determines the boundaries of culture with national borders, forming the concept of “culture within the country”, subsequently led to the perception that the ownership of culture belongs to the state.

The concept of exclusive ownership of culture is often controversial in the UNESCO listing process, particularly in instances where cultural heritage and cultural domains have been shared for a long time by two or more nation-states. Such conflicts lead to excessive competition for nomination, overshadowing UNESCO’s fundamental purpose of contributing to peace and security in the world by promoting collaboration among nations, as well as the very spirit of the 2003 Convention for the Safeguarding of the Intangible Cultural Heritage that promotes international cooperation and assistance in the safeguarding of ICH as a matter of general interest to humanity.

Consequently, UNESCO encourages multinational inscriptions of shared intangible cultural heritage to promote regional cooperation and international safeguarding activities, preventing conflicts among countries and coping with already existing ones. By emphasizing joint nominations of shared ICH, UNESCO revised its implementation guidelines three times to deal with conflicts between countries due to the cultural property rights. In addition, States Parties are encouraged to develop networks among relevant communities, experts, professional centres, and research institutes, particularly with regard to their ICH, to cooperate at the sub-regional and regional levels.

At the 13th Intergovernmental Committee for the Safeguarding of the Intangible Cultural Heritage held in the Republic of Mauritius in November 2018, Traditional Korean Wrestling was inscribed on the Representative List of the Intangible Cultural Heritage of Humanity as the first joint designation by the Democratic People’s Republic of Korea and Republic of Korea. This milestone in the life of the Convention demonstrates that ICH contributes to the peace-building, reconciliation, mutual understanding, and solidarity among peoples. Indeed, only when acknowledging that shared cultural values are empowering characteristics of ICH, the true perspective of the unifying agent of the cultural diversity can be achieved, and that it is the cornerstone of reaching peace among nations.

Countries in the Asia Pacific region are deeply connected by a long history of interactions, exchanges, flows of people, goods, and ideas that have shaped shared values, practices, and traditions. Having a balanced view, advocating for cultural diversity, and recognizing the commonalities among individuals, communities, and countries as a strength are virtuous tenets in the present time.

In this regard, APHEN-ICH Secretariat, ICHCAP, and UNESCO Bangkok Office are inviting the APHEN-ICH member institutes and public to this seminar under the theme of Diversity and Distinctiveness: Looking into the Shared ICH in the Asia-Pacific, to re-assess that while fragile, intangible cultural heritage is an important factor in maintaining cultural diversity, connecting bounds, and enhancing international dialogue and peace.