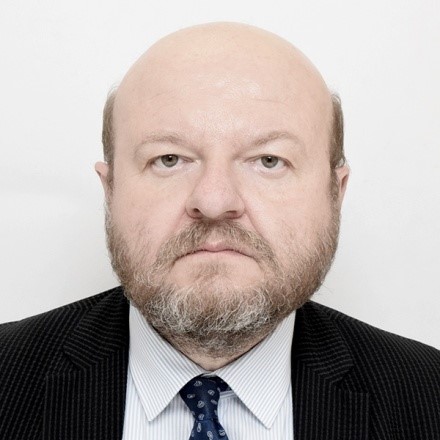 Jan Hladík (Czech Republic) assumed duties as Head of the UNESCO Tashkent Office and the UNESCO representative to Uzbekistan in November 2019. Prior to this appointment, Jan served for more than 27 years in UNESCO. During his professional life in UNESCO he has been working essentially in the field of cultural heritage standard-setting instruments such as the 1954 Hague Convention for the Protection of Cultural Property in the Event of Armed Conflict and its two (1954 and 1999) Protocols, the 1970 Convention on the Means of Prohibiting and Preventing the Illicit Import, Export and Transfer of Ownership of Cultural Property and the 2001 Convention on the Protection of the Underwater Cultural Heritage. He also assumed the function of the Secretary of statutory bodies under those Conventions. Jan graduated with honours in 1988 from the International Law Faculty of the Moscow State Institute of International Relations (MGIMO) and obtained the title Juris Doctor the same year from the Charles University in Prague (Czechoslovakia). He published a number of articles in professional publications and journals and participated in a number of intergovernmental and expert meetings related to the protection of cultural property including the March 1999 Hague Diplomatic Conference on the Second Protocol to the Hague Convention. Jan is an expert in cultural heritage protection law, law of armed conflicts and international public law in general. 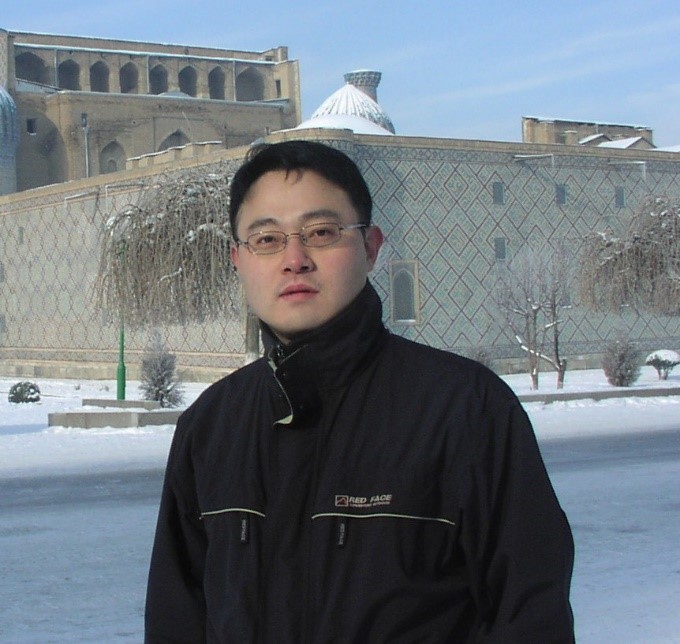 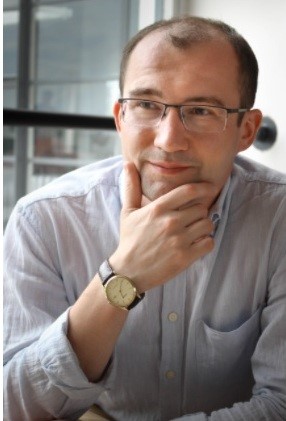 Alim Feyzulayev is an architect that specializes in conservation and heritage management. As a part of an international expert team was in charge of preparing a State of Conservation and Heritage Impact Assessment Report for the Mausoleum of Khoja Ahmed Yasawi, Kazakhstan (2019-2020). He was commissioned to perform a Heritage Impact Assessment for the project of a new market, “Shakhristan” in the Historic Center of Bukhara, Uzbekistan (2019). Has been contributing to the preparation of the Management Plan for the Historic Center of Bukhara (2015-2016). He holds a Master of Arts in Monumental Heritage degree from Anhalt University of Applied Sciences in Dessau, Germany and a Bachelor’s Degree in architecture from the Tashkent Institute for Architecture and Civil Engineering. He has also been a member of ICOMOS International since 2018. 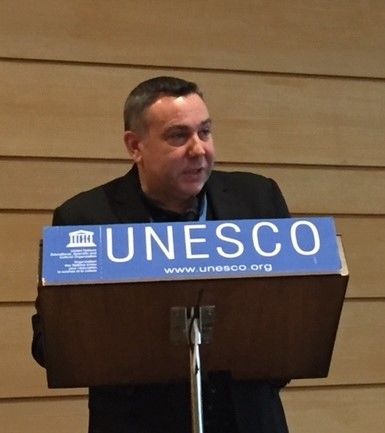 Mr. Philippe Breaussant has been serving as President of CIOFF since 2014. CIOFF, the International Council of Organizations of Folklore Festivals and Folk Arts, is an NGO and official UNESCO partner, accredited by the PCI and UNESCO ICH committee, advocating a Culture of Peace through the traditional arts. There are 115 CIOFF member countries, 350 Festivals organized each year worldwide, 80,000 young artists who come to CIOFF festivals, thousands of volunteers, and millions of spectators during CIOFF festivals.

Mr. Breaussant has also been a Member of the Board of Directors of CIOFF France since 2017. From 2017 to 2018, he was Chairman of the NGO-UNESCO Liaison Committee, which manages the links between UNESCO and the 400 NGO Official Partner Members of UNESCO).

He was the organizer of the Forum on Youth and its social impact in Saudi Arabia with UNESCO and the forum on immigration in Tunis.

From 2019 to 2020 he was Vice President of the NGO-UNESCO Liaison Committee responsible for Forums. 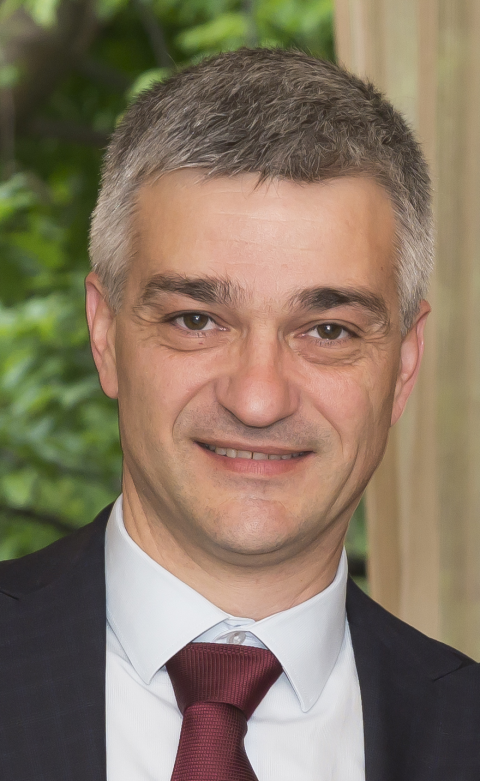 Mr. Nikolov earned his master’s degree in Informatics Science at Veliko Tatnovo University, Bulgaria, and a doctoral from the Institute of Ethnologic and Folkloristic with Ethnographic Museum of Bulgaria Academy of Science.

He is President of the European Association of Folklore Festivals—EAFF, an ICH partner of UNESCO, and a member of the Executive Board of Regional Centre for the Safeguarding of Intangible Cultural Heritage in South-Eastern Europe under the auspices of UNESCO.

He has been the head organizer of more than 150 folklore festivals since 1998. 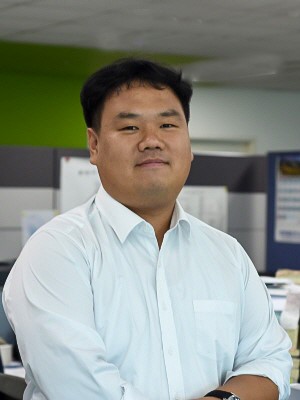 He majored in history at Chungnam National University and obtained his master’s degree. Since 2010, he has been in charge of research, transmission, and festivals on tug-of-war while working at the Gijisi Tug-of-War Museum. In 2015, he participated in the UNESCO Intangible Cultural Heritage registration project for tugging rituals and games. Also, since 2016, he has been active as a member of the Korean Traditional Tug-of-War Safeguarding Association Union. 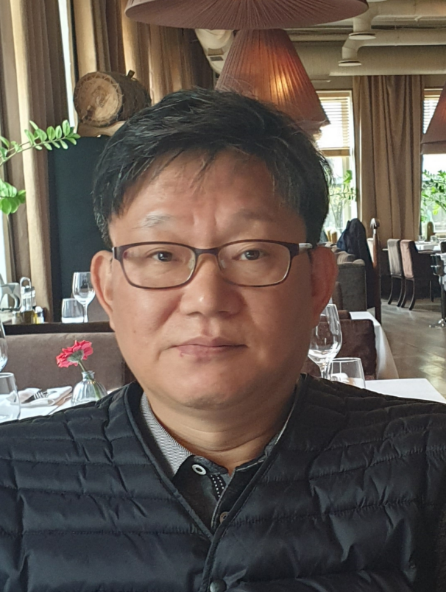 Park Sang-bae is the Deputy Director-General of the Korea-Central Asia Cooperation Forum Secretariat, Korea Foundation. He gained his Bachelor’s degree in Sociology at Yonsei University, Korea.

Since joining the Korea Foundation in 1992, he devoted himself to spearheading the public diplomacy efforts of the Republic of Korea. He gained expertise in public diplomacy while working at the Foundation’s International Cooperation Department, Invitation & Dispatch Department, Planning Bureau. For the past decade, Mr. Park served as the Director of Invitation & Dispatch Dept., Director of Research & Scholarship Dept., Head of Planning & Research Team, Director-General of the Management Innovation Bureau, and Director-General of the Auditor-General Office. He also served multiple times as the Director of the Foundation’s overseas offices: Ho-chi-min City Office from 2005 to 2008; Moscow Office from 2019 to 2020.